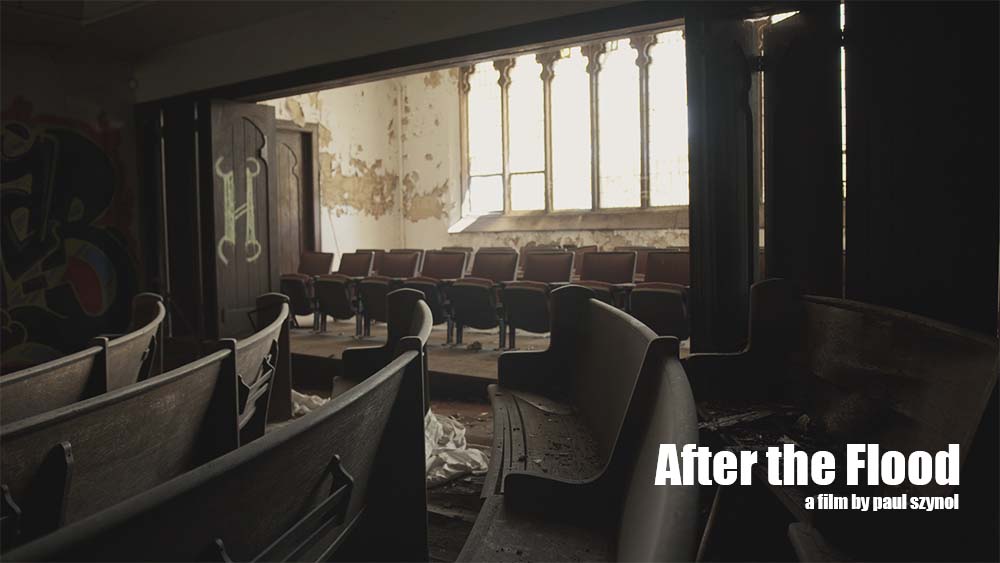 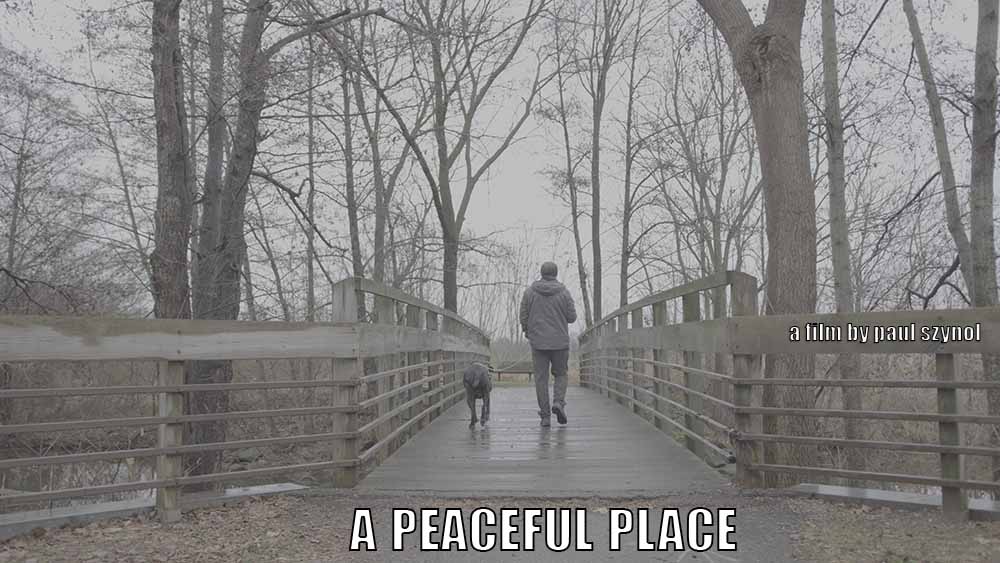 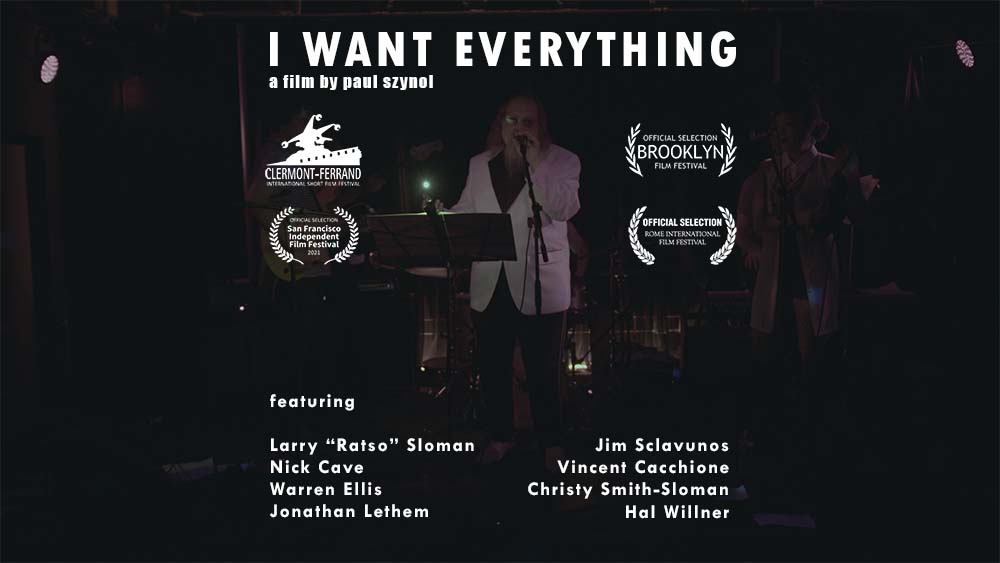 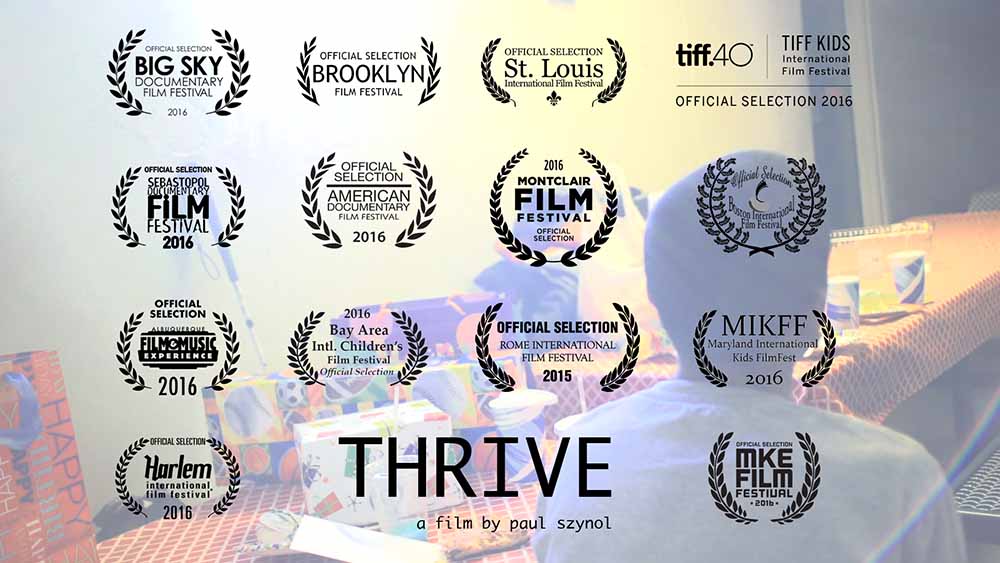 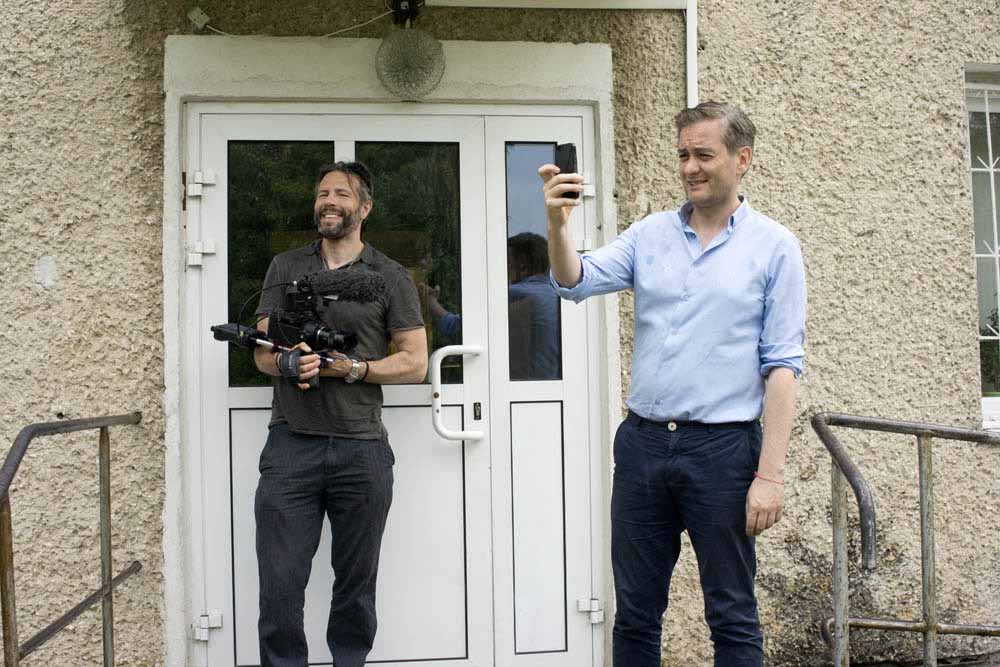 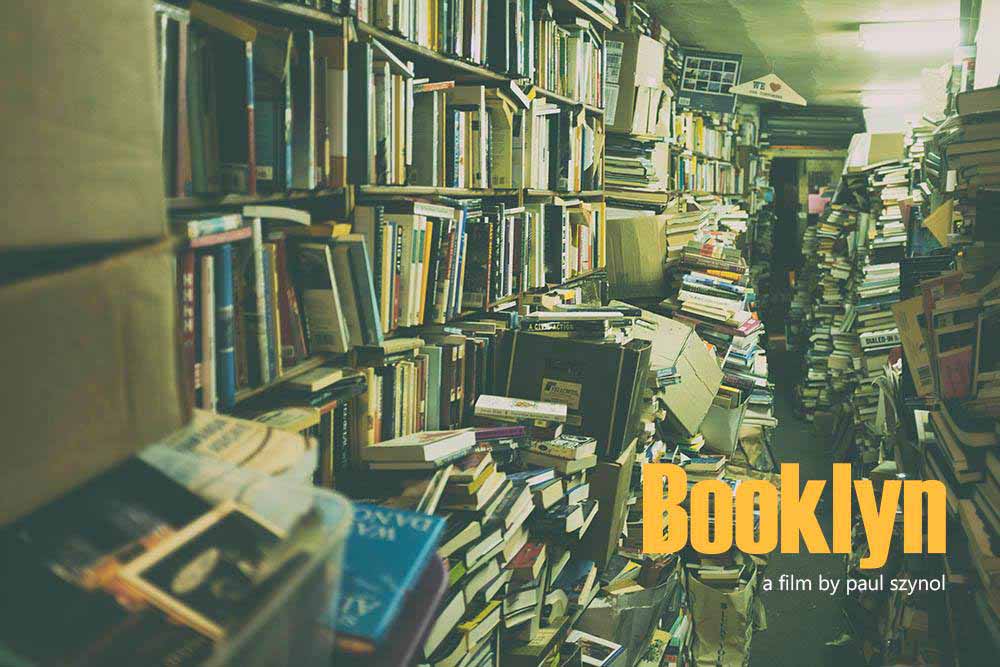 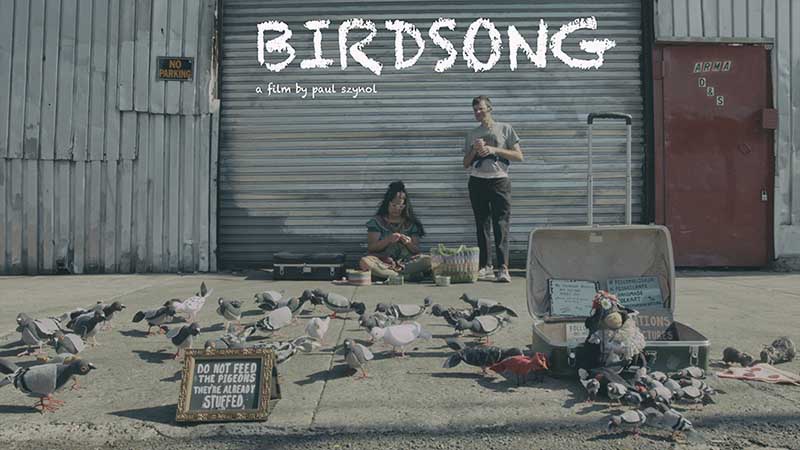 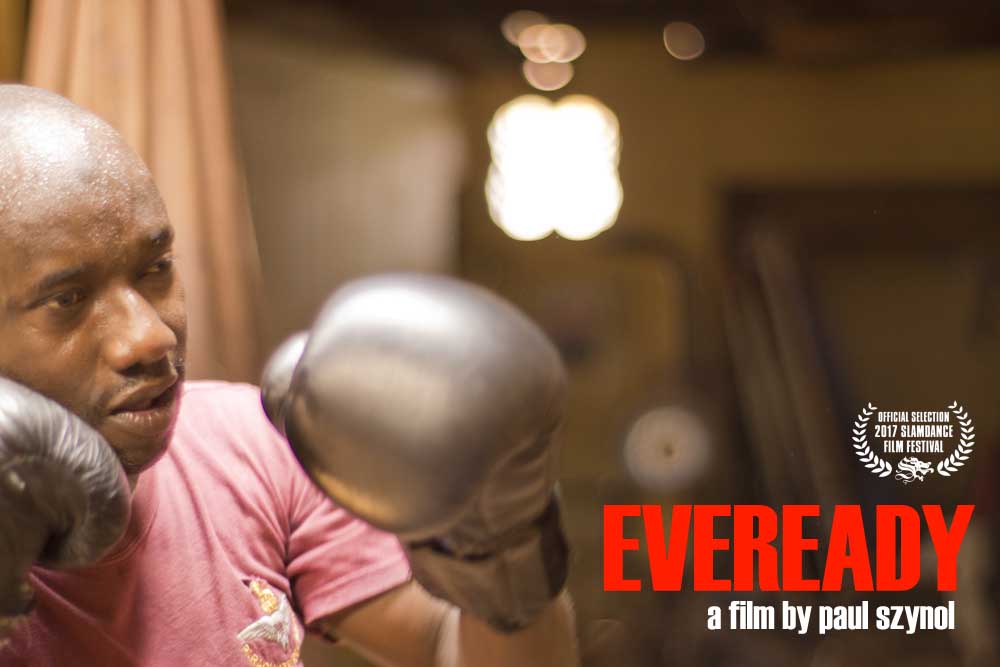 Bio
I’m a filmmaker as well as a lawyer who specializes in media (film, music, photography, art) and tech (especially software). For the last 16 years, I’ve concentrated my legal practice on intellectual property matters, and have worked with filmmakers, artists, tech start ups, and tech multinationals. My practice spans the full range of film production (from financing and fair use to licensing and distribution) and a wide spectrum of technology deals (from open source and licensing to services agreements and SaaS). 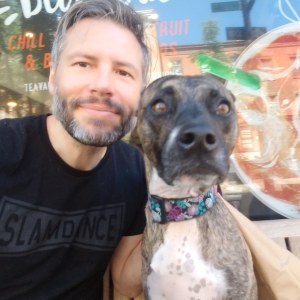 I am especially interested in copyright and fair use.
My films have been featured on the New York Times Op-Docs, the Atlantic, and the New Yorker, and have been shown at festivals internationally, including AFI Docs, Big Sky, Clermont-Ferrand, Doc NYC, Palm Springs, Slamdance, and Toronto Int’l Film Festival (Kids). My short doc "A Peaceful Place" was a Tribeca If/Then finalist. Some of my photos have been exhibited in the US and Europe, including ICP in New York City and the Leica Gallery in Warsaw. In addition to shooting my own films, I also sometimes work as a cinematographer for other projects (e.g., Nanfu Wang's In the Same Breath) and occasionally help with production (e.g., Susan Sandler's Julia Scotti: Funny That Way).
I was born in Warsaw, Poland, and moved to NYC at the age of 12, the year that the city’s transit fare rose from 75 cents to 90 cents; 33 previously unknown Bach pieces were found in an academic library; and Canon demoed its first digital still camera. Besides New York City and Warsaw, I’ve lived in San Francisco, Los Angeles, Berkeley, Ann Arbor, Alexandria (VA), New Haven, Philadelphia, NJ, DC, and, for shorter periods, Kampala and Berlin. I’ve driven across the US six seven times, and I’ve visited the vast majority of the contiguous states, and, by train, plane or automobile, I’ve also visited some 45 50 55 60 countries. I like stray dogs, fair use, old jazz LPs, depressing movies, trains, Greene and Kundera, Uganda, open source software, the Oxford comma, and occasionally translating Polish poetry to English.
In the past, I played loud drums with loud bands in a bunch of loud places, including CBGBs. I also started coding in 7th grade, and I'm still a huge nerd an occasional software developer (I'm currently developing a Python based platform--I'll tell you all about it if you just ask).
After graduating from law school, where I focused on intellectual property and free speech, I was a law clerk to the Hon. Mariana Pfaelzer in the Central District of California. I was also in-house counsel at Bloomberg, and an associate at O’Melveny in San Francisco and Morrison & Foerster in New York City.
I’m at paul@filmlawgroup.com
Education
Yale Law School, JD
Columbia University, BA (magna cum laude, Phi Beta Kappa)
Films (Director, Cinematographer, Editor, and Producer on each one)
After the Flood/2022 (in post production)
A Detroit pastor leads his community through a series of crises during one of the most difficult moments in American history.
A Peaceful Place/2022 (in production, Tribeca If/Then Finalist)
A Marine vet comforts a traumatized battle-buddy on the edge of suicide.
I Want Everything/2020
After a lifetime of writing about famous rock stars, Larry “Ratso” Sloman releases his own album and records a tribute to Nick Cave’s son.
The Pull/2018
After serving time in a New Hampshire jail, a freed inmate faces the pull of addiction.
Quiet Hours/2018
Donald Hall, America’s Poet Laureate and winner of the National Medal of Arts, lives in the fragile space between loneliness and solitude.
Small Talk/2019
A handful of inmates weather the slow passage of time with candid reflections on drug addiction.
Not a Woman/2019
A Ugandan couple struggle to get pregnant and save their marriage.
Biedroń: Unfinished/2019
An unfinished look at Poland’s first openly gay politician who aspires to be the country’s president.
Booklyn/2016
A short documentary about a quirky Brooklyn bookstore that has been an enigmatic but beloved neighborhood fixture for the last three decades.
Thrive/2016
A short documentary about the prodigious talent and irrepressible spirit of a musically precocious 12 year old blind boy who plays the piano.
Eveready/2017
An unfinished look at Poland’s first openly gay politician who aspires to be the country’s president.
Birdsong/2021
Motherpigeon and Jason Trachtenburg, formerly of the Trachtenburg Family Slideshow Players, stand up for bohemia and New York City’s birds.
Legal Panels/Lectures
American Documentary Film Festival, Brooklyn Documentary Club, Brooklyn Film Festival Exchange, Camden International Film Festival, Doc NYC, Documentary Association of Europe, Filmshop, Hot Springs Documentary Film Festival, New School, NYU Tisch, Palm Springs International ShortFest Forum, Tribeca Film Institute, UCLA, Video Consortium
Festival Programmer
Slamdance Film Festival (Doc Features and Narrative Shorts)
Film Panels
American Documentary Film Festival, Big Sky Documentary Film Festival
Publications
Fuzzy Boundaries: The Potential Impact of Vague Secondary Liability Doctrines on Technology Innovation in The Next Digital Decade: Essays on the Future of the Internet (2010).